As a nonprofit we succeed through the generosity of our donors. Make a one time or recurring donation today. 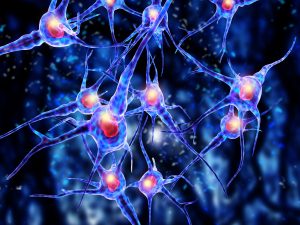 In March of this year an exciting article was published in Neuroscience News: Gene Expression in Brains of People with Bipolar Disorder. It’s a fascinating, if complicated, read. So we turned to two of JBRF’s resident experts, Research Director and psychiatrist, Dr. Demitri Papolos, and board member Dr. Herb Lachman who is a psychiatrist, geneticist, and neuroscientist at the Albert Einstein College of Medicine, to help us understand its implications and connections to JBRF’s work and mission.

JBRF’s mission has always focused on researching the causes and treatments of early onset bipolar disorder. Dr. Papolos reminds us that “In order to develop more effective ways to treat bipolar disorder, it is important to understand the underlying biology.” Which is, of course, why JBRF does the research we do.

The study referenced in Neuroscience News was conducted through the NIH’s Psychiatric Genetics Consortium. In the study they scanned the genomes of thousands of individuals with bipolar disorder, and took a significant step towards understanding the underlying biology of bipolar disorder by identifying 31 variations in the genome that increase the risk of illness.

The study identified two key regions of the limbic system, which is the part of the brain involved in our behavioral and emotional responses needed for survival. Drs. Papolos and Lachman point out, “These identified regions, the amygdala and a part called the “sACC”, have particular relevance to bipolar disorder and the JBRF identified subtype called, Fear of Harm (FOH), because they play an important role in the development of fear memories, which are critical for survival. But, over-generalization of these memories causes the FOH patient to be unable to tell the difference between safety and threats.” This new study suggests the possibility that these regions also play a role in the physiological development of bipolar disorder.

Dr. Lachman explained to us an important connection to JBRF’s work. “This study focused on two genes known as SCN2A and GRIN2A, which work with something called NMDA receptors in the brain, and were shown to be differentially expressed in the bipolar disorder brains. This is meaningful because these receptors are some of the primary targets of medications that can modulate brain function in psychiatric conditions. In fact, one of the most important actions of the medication ketamine, which is used by Dr. Papolos to treat FOH, is that it targets SCN2A’s sodium channel and modulates a specific subset of those NMDA receptors.”

JBRF’s genetic research goals focus on identifying treatments for patients living with FOH and its unrelenting symptoms. Some of those therapeutic interventions would remain completely hidden without these kinds of genetic studies. “Studies like this one highlight the importance of JBRF carrying out additional genetic and molecular research into FOH,” says Dr. Papolos, “so we can bring relief and answers to the hundreds of thousands of children and families living with bipolar disorder and Fear of Harm.”

Back to School Essentials

As you get ready to send your kids back to school, come learn with JBRF about the IEP & 504 plan development process, how to communicate about your child’s mental health issues with school staff, and how to ensure your child has the right accommodations to succeed in school.

Words of Thanks from JBRF Families

Your gifts make a real difference in the lives of real families.

“Reaching out to JBRF about my daughter has literally changed our lives for the better.”

“Because of you and the foundation we have some hope which we haven’t had in a long time. That it is not small thing.”

“Since the day we came across the Fear of Harm information on the JBRF website it’s like our family’s life has just taken a totally different trajectory. It’s like here’s hope and a roadmap.”

“Thank you JBRF. For the first time in a year my husband and I have hope for a better future.”

“I am exceptionally grateful for JBRF. You were instrumental in enabling us to pursue these life-altering treatments.”

Help transform more lives and be a part of the change you wish to see in the world. Support JBRF today.

February – Back To Basics: What is Fear of Harm?

August – Back to School Essentials

Building a Path to Hope

JBRF is a 501(c)(3) organization. Donations are tax deductible to the extent permitted by law.

The Clinician’s Pathway Program (CPP) and its assessment tools, the CBQ and JJ, were developed by Dr. Demitri Papolos. By clicking the links below you will leave www.jbrf.org and be redirected to the research site that contains the CPP and the CBQ & JJ assessments. If you have any questions or concerns regarding these tools please direct them to Dr. Papolos’s system administrator at CPP@drpapolos.com

Scoring for assessments within the CPP is a fee-based service offered by the private practice of Demitri Papolos, M.D.; this service is independent of JBRF but may be accessed through the JBRF website. Dr. Papolos developed the CBQ & JJ measures and their automated scoring report with the support of JBRF. Questions and/or concerns with regard to the scored report should be addressed to CPP@drpapolos.com